Andrew RT Davies writes for Conservative Home: Wales. Here’s how we can extinguish the dangerous flame of separatism. 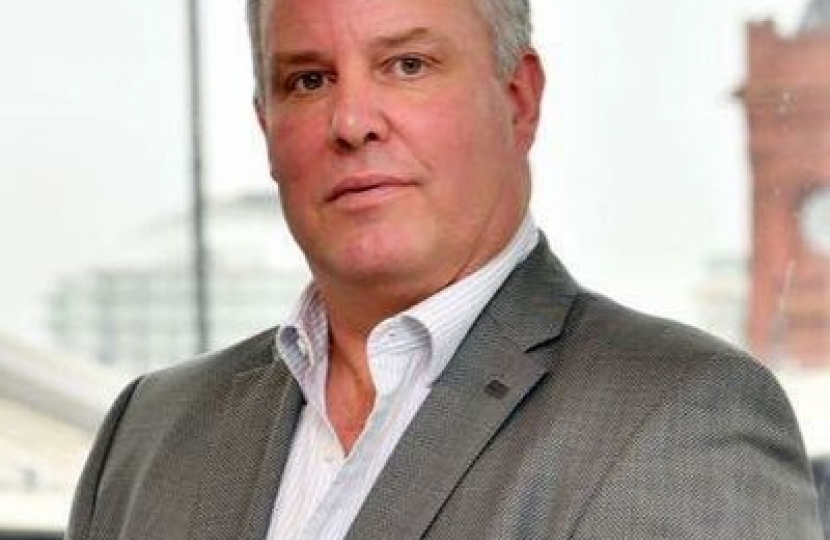 Andrew RT Davies is the leader of the Welsh Conservatives and Assembly Member for South Wales Central.

One of the many unfortunate, if unintended, consequences of the Blair devo-revolution has been to undermine the Union’s sense of “permanence” – both from an ideological and an institutional perspective.

Designed to see off the nationalist threat, devolution has merely shifted the political narrative into an endless cycle of debates around further powers, with little correlation emerging between the performance of devolved governments and the level of support for independence.

It’s scarcely been more fashionable among constitutional experts (and BBC journalists) to view separatism as inevitable, but I certainly don’t share the view that it’s a foregone conclusion. Far from it.

The patriotic fightback has started and, as the leader of the Welsh Conservatives, these are some of the steps I want to see us take to extinguish the dangerous flame of separatism.

Put ‘Project Fear’ on ice and champion the pride of Britain

As Unionists we can often be guilty of basing arguments in process or economics. All very valid, and all incredibly important, but we need to own the emotive, patriotic argument – remembering and learning the valuable lessons from the victorious Brexit campaign many of us were part of.

We need to put “Project Fear” on ice and champion the pride of Britain.

I’m a proud Welshman. Proud of a Wales that consistently punches above its weight on the sporting and cultural scene, and has been to the fore on the pandemic frontline in delivering the Oxford-AstraZeneca vaccine through Wrexham-based firm, Wockhardt.

But I’m also a proud Brit. Incredibly proud of our world-leading armed forces, our pharmaceutical industry, our rule of law and our enviable creative industries.

It’s the very best of our country and a symbol of the greatest union the world has ever seen – socially, culturally and economically. Why would we want to undermine and banish that great unity for division and separation?

But we shouldn’t rest on our laurels and the British state can do more. Why don’t our great institutions such as the Imperial War Museum, National Gallery, British Library project themselves into Wales? That footprint can and should be easily corrected. Let’s do it.

And yes, where appropriate let’s champion the economic benefits too. In Wales, we’ve benefited enormously through the various support schemes delivered during the pandemic by the Government, which have saved hundreds of thousands of Welsh jobs during the recent crisis, and are now saving thousands of lives with Britain’s hugely successful vaccination programme.

I’m a proud Welshman and proud Brit and make no apology for it, and that’s the turf I want to see us fight on. Let’s dictate the terms of engagement, and redouble our efforts to make the positive and patriotic case for Wales, Britain and the Union.

Minister of the Union and inter-governmental relations

There’s no greater champion of the UK than the Prime Minister, and he’s taken the duty head-on with responsibility as Minister for the Union, working alongside the three excellent secretaries of state.

One of the PM’s greatest strengths is on the campaign trail and while it was brilliant to welcome him to Wales last week, it’s a shame current restrictions prevent him from engaging more widely with the public on his agenda to level up all parts of the UK, which will be the cornerstone of securing the Union’s long-term future.

It’s been well briefed in the press that Lord Dunlop’s (as yet unpublished) report recommends the creation of a new cabinet position for the Union, and suggests that it should be elevated in line with the other great offices of state to help keep the UK intact.

Whether this is necessary is a call for the PM, and the PM alone, but one area I have long felt needs attention is inter-governmental relations within the UK.

It’s my personal view the Joint Ministerial Committee requires urgent reform/reprioritisation to improve collaboration and decision-making, particularly with Brexit and the significance of UK-wide frameworks.

The devolved leaders are mischievous at the best of times and their aims are not always aligned to ours, particularly Holyrood’s EU-flag-waver-in-chief.

But an overhaul is required to shower them with attention and keep them in check, particularly when they pretend they have responsibility for areas they do not.

Unleash the opportunities of Brexit

While it may seem counter-intuitive, particularly given the strength of feeling in Scotland on the issue, Brexit provides us with an opportunity to reaffirm the benefits of our Union, and to shift the focus onto a positive discussion around the country itself.

The UK’s new found agility has allowed us to save lives thanks to a dynamic procurement strategy and rapid rollout of Coronavirus vaccinations, in comparison to the European Union’s overly bureaucratic and beleaguered jabs programme. Team GB at its best!

But there are other tangible benefits to Brexit, with the automatic repatriation of a vast array of new powers to these shores, including the devolved nations.

We need to ensure the new Shared Prosperity Fund (SPF) delivers for our poorest communities – levelling up our country – and reaching people who were for so long ignored.

This is an exciting opportunity for the Conservative government to transform all four corners of our country, and a game-changing regeneration scheme would be a powerful cocktail to the politics of division, separation and hate.

Devolution should never have been about power-fanatics in Cardiff Bay, Holyrood or Stormont – it’s about local communities

The biggest failure of Welsh devolution has been the hoarding of power in Cardiff Bay with people in north Wales feeling as disconnected with the Senedd as they ever did with the EU.

Devolution was meant to bring power and decision-making closer to communities, and it’s not too late to ensure that’s the case, albeit the UK government will have to be the driving force.

It’s important UK government spending is effectively targeted and given the PM’s ambition for large-scale projects, I’d like to see the designation of “Union Highways” that would unblock Wales’s arterial routes on the M4, A40 and A55 and boost important cross-border growth.

Where devolved government fails, let’s help local authorities and the communities they serve.

No more referendums, no new constitutional chaos, but a sole focus on recovery

People in all corners of the country want to see politicians across the UK working in partnership to focus on defeating Coronavirus and the other challenges we face.

And whatever happens post-May, the UK government should stay strong. The Scottish referendum of 2014 was a once-in-a-generation vote, one which the separatists lost. End of.

The energy and resources of governments at Westminster, Cardiff Bay, Holyrood or Stormont should be focused on our post-pandemic recovery. Anything else would be unforgivable.

And as we emerge from this crisis, Conservative energies must be focused on improving everyday lives and rebuilding our economy, which will be the best antidote to the constitutional fanatics.

So let’s back Wales, back Britain and get on with the patriotic job of building back our country better than ever.

Jeremy Kent wants you to complete his environmental survey

Complete my survey to tell me your views